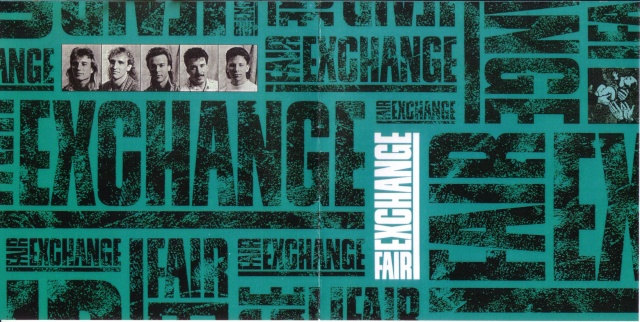 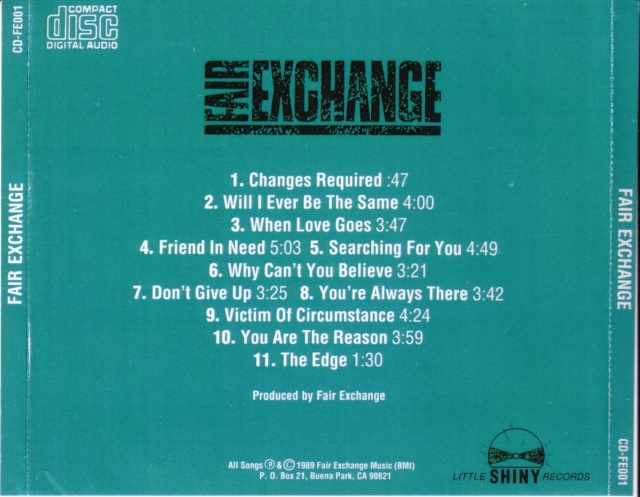 This CD has been released
a long time ago and is a great CD to be overlooked and also very underground,
The CD was released on a very small recordlabel and very hard to get. The
debut and only(???) cd of the American band FAIR EXCHANGE was released
on 1991.

It contains 11 tracks,although
2 songs are instrumental fillers. Left are 9 tracks that are very much
recommended to the fans of A.O.R./Radiorock in the style of PREVIEW,THE
PROMISE,WORRALL... FAIR EXCHANGE is only a tiny bit harder than these bands,but
generally speaking it is in the same style.

Opener “Will I ever be the
same” has a fantastic chorus and is a pure AOR/Radiorocker a la THE PROMISE.
We can hear a lot of great keys in the AOR-song “When love goes”. “Friend
in need” is a great A.O.R.-ballad. “Searching for you” is a classic-sounding
AOR/Radiorocker a la PREVIEW and is also the best song of the whole album.
“Why can’t you believe” and “You’re always there” are 2 good AOR-songs.
“You are the reason” is great uptempo AOR with great harmonyvocals. “Victim
of circumstance” is the only weaker AOR-song and is sadly disturbed by
a saxsolo.

“Don’t give up” is another
great AOR/Radiorocker that sounds like PREVIEW mixed with a 90’s band such
as GHOST.

All I can say is that FAIR
EXCHANGE is very much recommended to every fan of AOR/Radiorock(very polished).
I don’t know what has happened to the band since the release of 'Fair exchange'.