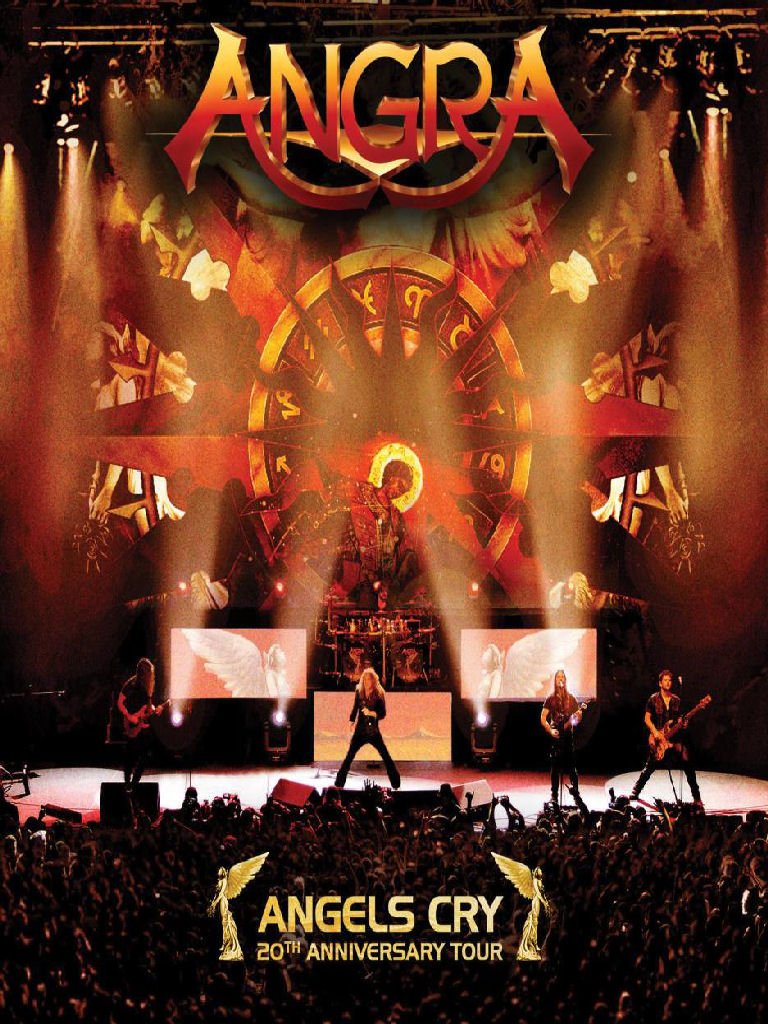 
Angra initiates a new chapter in its 22-year-long history with the release of the second live DVD in the band's career. Entitled "Angels Cry 20th Anniversary Tour", it comprises songs from every single record, with a special focus on the band's first. The recording took place in their hometown of Sao Paulo, in a magnificent show with world class production and special guests to spare. What's more, Angra enjoys its most elated time in years, due in great part to the presence of the Italian front man Fabio Lione, which has been touring with the band since the beginning of 2013.
As a means of celebrating its successful trajectory, the band took the opportunity to schedule a small tour through Brazil and Latin America, which culminated with the show in Sao Paulo, after 11 dates. If there was any aura of uncertainty towards the future, Angra shook it off for good with a very special concert, truly a night to remember. As guitar player Rafael Bittencourt put it, "For those who think we should quit, I tell you: we're just getting started". That pretty much summons up the very apparent joy that the band showed onstage, not only that night, but on the whole tour.
A stellar team of guests made everything even more special. Tarja Turunen, a true metal diva, lends her talent and angelic voice on two songs: 'Stand Away' and Kate Bush's 'Wuthering Heights'. On the latter, the legendary Uli Jon Roth is also featured, and shows why he is such a reference for the majority of guitar players around the world. The Brazilian string quartet Familia Lima appears in three songs, and drummer Amilcar Christopharo, from the band Torture Squad, grabs the sticks on 'Evil Warning', representing the metal bands from Brazil.
"Angels Cry 20th Anniversary Tour" will be released as a separate DVD and a double CD, containing over 20 tracks in total and extra behind-the-scenes footage captured during the latest tour.
victorixi