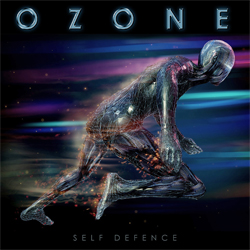 Steve Overland: Vocals and backing vocals
Steve Overland is a legend in his own lifetime. Is there anyone out there who is not familiar with his name? He has a history that goes way back into the late seventies, his first major recording was with the band “Wildlife” in 1980. After the demise of “Wildlife” Steve went on to form the cult British melodic rock band “FM”, a band that released many great albums throughout the eighties and nineties and right up to 2015. Their popularity has always been at the forefront of British Hard Rock. Steve has also fronted many great bands in recent years, such as “The Ladder”, “Shadowman” and of course he has recorded three fine solo albums.

The two “O’s” have joined forces on a collaboration that has been whispered for years now and the rumours have all been true as this great union is about to be unleashed on the world. This is just beyond a dream, even the thought that two of the finest melodic rock vocalists in the UK would come together and record an album.

We all know the work of Mike Slamer (City Boy, Streets, and Seventh Key) and his amazing production expertise, well here he outshines all of his previous work with a razor sharp explosion of talent. Mike has a knack of making great music sound even better and this is all the evidence we need. Check out songs like “Smile before you lie” and “Practice what you preach” for superb examples of melodic hard rock. Tommy Denander (Paul Stanley, Alice Cooper, and Radioactive) once again joins forces with Mike as song writer plus sharing guitars, keyboards and bass on many of the songs, and on top of it all you get some great backing vocals from Kansas members Ronnie Platt and Billy Greer just like icing on the cake!

This is an outstanding album and its lives up to the hype: this is a recording that will leave you open jawed and begging for more as it ticks all the boxes and more.

This album is dedicated to Christian Wolf R.I.P.
Trickfew

Re: OZONE - Self Defence