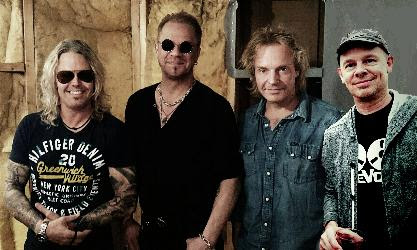 Mikael Erlandsson from Gothenburg is one of the best singers/ songwriters in Sweden today. Beside LAD he has since 2006 been the front man in the Swedish super group Secret Service on live tours all over the world.

He has recorded four successful solo albums and his Japanese record company together with XTC Productions came up with the idea of putting him together with the fantastic guitar player Andy Malecek from the successful German hard rock band Fair Warning for an album project.

Mikael and Andy were both hooked by the idea and a plan for the album began to grow. Ian Haugland, Mic Michaeli and John Leven of Europe-fame were asked if they were interested to join, which they did and the band LAST AUTUMN'S DREAM was born!

The band lost 3/5's of their members due to the comeback of Europe. So from their second album great musicians like bassist Marcel Jacob (Talisman) tragically died and was replaced by Nalley Påhlsson (Treat, Therion) and finally drummer Jamie Borger (Talisman, Treat, Secret Service) joined the band.

Andy Malecek unfortunately decided to leave the band in 2014 because of personal reasons and is now replaced by Peter “Pac” Söderström, a genius guitar player that earlier used to add rhythm guitars to the band’s previous albums.

Album number 11 “Level Eleven” will be released in Japan in December 2013 and in Europe in February 2013 and proposes as usual the combination of classic rock references with modern sound. 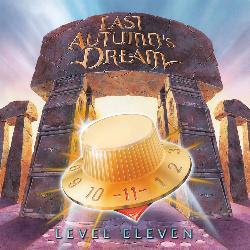