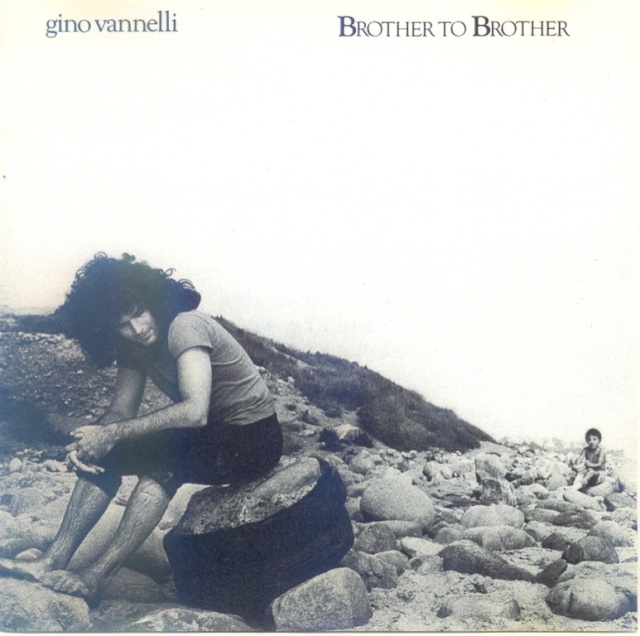 One of the greatest songwriter....

A modern master of intimacy and romance, Gino Vannelli is an artist for whom passion and honesty are guiding rules. Vannelli's incredible string of hit recordings, and his renowned gifts as a vocalist, composer, and lyricist place him in a league with the great interpreters of popular song. Throughout his career, Vannelli has explored new modes of expression, from his ground breaking 1970s work with synthesizers to his current recording, Slow Love, which marks a new peak in the singer's evolution. Following his adventurous Verve Forecast debut, the jazz song cycle Yonder Tree, Vannelli's Slow Love is an album of memorable love songs that showcases his extraordinary vocal talent as well as his brilliant gift for melody and lyrics. Filled with great hooks and melodies, tender ballads and groove-driven tracks, Slow Love establishes Vannelli as a major songwriter/performer for the 1990s.

Vannelli's musical passions and lyrical poetry are on full display throughout, beginning with the title track and continuing on "Lost and Found", "Words Can Kill", "Cry Baby", and "Tierras de Amores y Sombras", which is sung entirely in Spanish. These songs often reflect Vannelli's personal vision of intimacy and love. He stated: "It was inspired by the woman I married. I wanted to broach the subject of feeling worthy or unworthy of someone's love. The songs bare my convictions." A master of romance, drama, and lyrical imagery, Vannelli infuses these themes with the powerful and sensuous vocal performances for which he is renowned.

Slow Love also shows Vannelli's wry sense of humor and lyrical wit in such songs as the anti-life-support message of "Alive by Science", and the funky, down-at-the-heels sass of Down With Love.

Befitting the drama of his music, Vannelli's early career ascended just when he thought all hope of a career in music was lost. Having toured the Canadian provinces with his brother Joe Vannelli and their band, Gino Vannelli and Good Friends, the pair headed to Los Angeles with demo tape in hand, to seek fame and fortune. After being rejected by a string of labels, Vannelli was finally discovered by A&M co-founder, Herb Alpert. "In desperation" recalled Vannelli, "after stopping in a church and wondering if that was the end of the line, I had an idea. I waited at the gates of A&M Records early the next morning with my guitar. After four hours, Herb Alpert came walking across the lot from his office, and I almost ran over him. Obviously, he was shocked. The guard came running after me - it was chaotic. I think Herb saw that glint in my eye and knew what I was really about, and he let me play a few of my songs (including "Crazy Life", "Mama Coco", and "Powerful People"). As I sang, he just smiled. When I finished, he said 'Okay, let's do it, on one condition - that I produce your first album.' The next day I went home to Montreal with a record deal."

Thus began a fertile relationship with A&M, resulting in a series of top-selling recordings that fused jazz, pop, soul, and funk in a musical vision that featured Vannelli's gorgeous voice and impeccable styling. These early recordings include Crazy Life, and then Powerful People with the hit song, "People Gotta Move". In addition to earning him his first of several Grammy® nominations, Vannelli also used Powerful People to introduce audiences to the innovative textures of the newly invented synthesized keyboard.

"We wanted what we could not afford," laughed Vannelli. "Joe and I were great fans of Ravel, Debussy, and all the great orchestrators. We were also great fans of jazz. While putting our group together, we had bought a Mini Korg synthesizer. We fooled around with its sounds and realized that if we piled their notes on top of each other, we could use them like single horns, as an orchestrator would. That was totally unknown at the time."

Continuing to break boundaries with his band's supercharged, mini-orchestral approach, as well as with his remarkable voice and songwriting ability, Vannelli's next three albums [Storm At Sunup (1975), Gist Of The Gemini
(1976), and A Pauper in Paradise (1978)] were met with critical acclaim. Vannelli stated: "I was twenty-one when I recorded Powerful People. It could've used a little paprika on it. I started to get a little more lucid and in control on Storm at Sunup. And I did some of my best lyric writing on Gist of the Gemini, with "Ugly Man" and "Omens of Love", and "Summers of My Life"."

With his long dark hair, dramatic stage presence, and heartfelt lyrics about love and the mysteries of life, Vannelli's stardom in the '70s was accompanied by status as a sex symbol - a role which never distracted Vannelli from achieving his artistic visions and never diminished the power and authenticity of his music.

Vannelli's pursuit of his musical vision eventually led to his 1978 breakthrough commercial triumph, the platinum-selling Brother to Brother, featuring the #1 pop success, "I Just Wanna Stop". Vannelli, along with his brothers Joe and Ross, had by now earned five consecutive Juno awards as Canada's Top Male Vocalist, Producer, and Engineer of the Year, respectively. Gino also received another Grammy® nomination for Best Pop Performance. 1981 heralded Vannelli's most adventurous album to date, Nightwalker, with its incredibly popular single "Living Inside Myself" (and a fourth Grammy® nomination). He followed with the platinum-selling Black Cars in the mid-80s, and then Big Dreamers Never Sleep (recorded at his Blue Moon Studios).

With the pressures success can bring, Vannelli increasingly found that the needs of the heart and spirit outweighed his desire to perform and record. As he toured the world, Vannelli seized any possible opportunity to go off by himself and explore the cultures, philosophies, and theologies of the places he visited. His travels took him into the Peruvian Andes, and to Japan where he spent time in a Zen monastery and "argued with, battled, and questioned the holymen", trying to answer questions regarding the deeper meaning of life. The experience eventually led Vannelli to record Inconsolable Man.

Vannelli's albums and incredible live performances are hallmarks of the last two decades, resulting in his status as one of adult contemporary radio's most enduring and recognizable artists. His legacy of innovative compositions and dynamic performances foreshadowed contemporary adult jazz radio by some twenty years.

As always, Vannelli believes in living and expressing life to its fullest. "I enjoy making music and writing words this way. To be secretive and mysterious is not really my nature. I don't pretend to stand on a mountain top and view the world from where the air is rare. But I do so much have a better perspective of the business, myself and the world after so many years of being in it."

"If you listen to my older records and then Slow Love, you'll see how my approach and techniques have changed. While my nature is inescapable in many ways, what I've tried to do is perfect and polish that and create something even more beautiful." The result is one of Vannelli's finest albums in an already legendary career.
Joserra