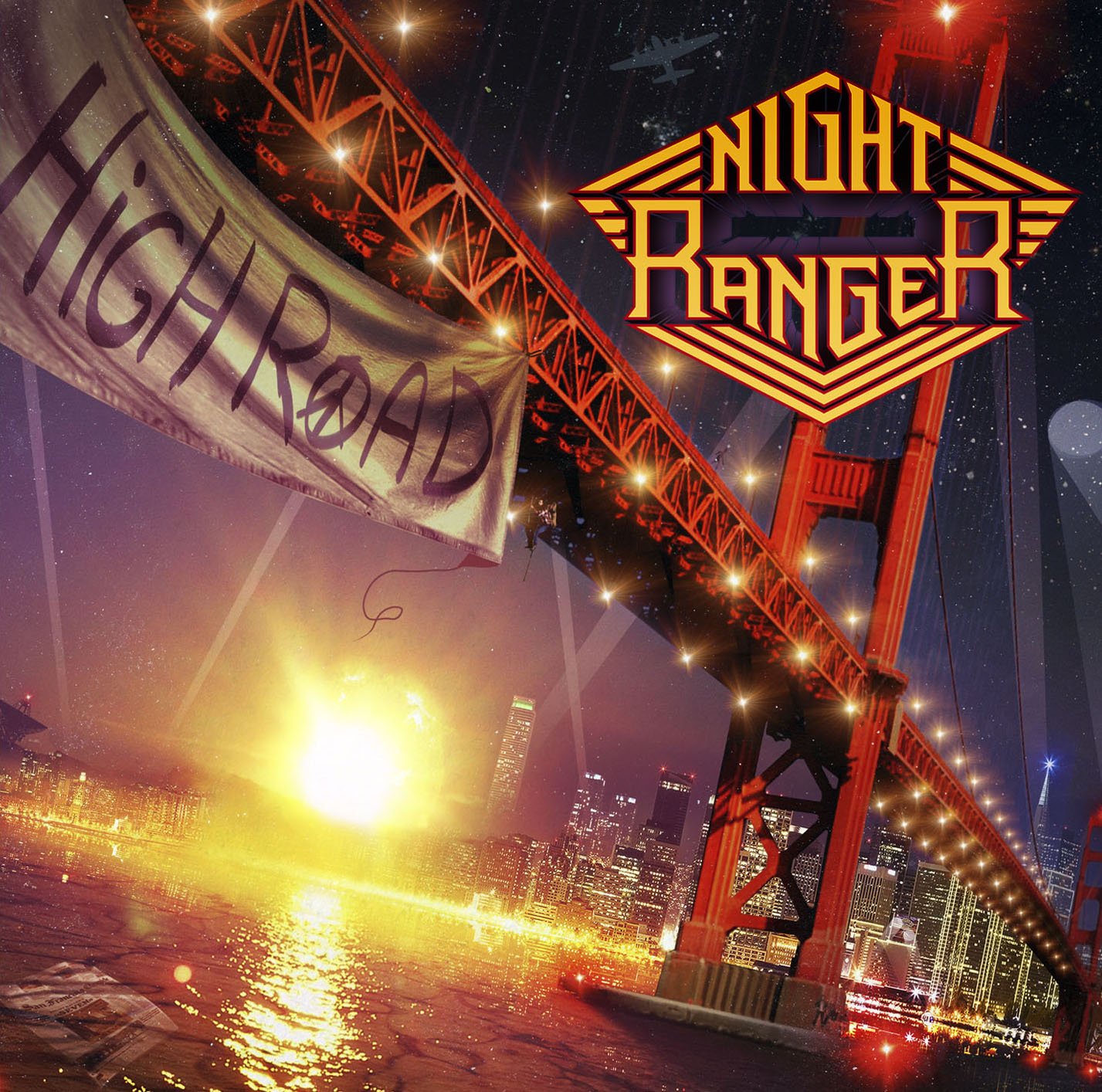 Iconic arena-rockers Night Ranger are set to release their new studio album, HIGH ROAD, on June 6th in Europe and June 10th in North America via label home Frontiers Records. Produced by the band itself, HIGH ROAD will be available in two formats – a standard CD version and a deluxe version which includes two bonus tracks and a DVD featuring a background look at the making of the album along with video clips. To access the cover art for HIGH ROAD, which incorporates elements of the artwork from the band’s previous releases, please click here and see below for the full track listing. Click here to check out an EPK on the making of the album. HIGH ROAD can be pre-ordered now at Amazon as the standard version here, and as the deluxe version here. The album’s full track listing can be seen below. Look for the band to tour North America and around the globe this year in support of HIGH ROAD.

Of the new album, frontman/bassist/songwriter Jack Blades commented, “It’s almost summer and a great time to take a trip down the HIGH ROAD! Our new record features classic Night Ranger feel-good, high-energy kick-ass rock n’ roll. We can’t wait for our fans to hear.” Drummer/singer Kelly Keagy added, “We’re so proud of this new record and excited to get back on the road to bring the new music to our fans.”

Night Ranger’s legendary hits "Sister Christian," "(You Can Still) Rock in America," and "Don't Tell Me You Love Me" are songs that have each significantly impacted popular culture and expanded their ever-growing fanbase since the band’s inception thirty years ago. Over the years, the band’s music has made notable contributions to and been featured in many different areas of media and popular culture. Night Ranger’s songs can be heard in the Rock Band and Guitar Hero video games; Rock of Ages hit Broadway musical and film; the Oscar-nominated film Boogie Nights; FOX’s hit TV Show American Dad; JBL’s “Hear The Truth” campaign; and many more! To date, Night Ranger has sold 17 million units worldwide and boasts several platinum- and gold-certified albums. Night Ranger is Jack Blades (bass guitar, vocals), Kelly Keagy (drums, vocals), Brad Gillis (lead & rhythm guitars), Joel Hoekstra (lead & rhythm guitars) and Eric Levy (keyboards).

*only available on deluxe edition
melodicninja

I did it for love, yeah!!!
PeterGriffin