TRANSATLANTIC (First ever show in Sweden) 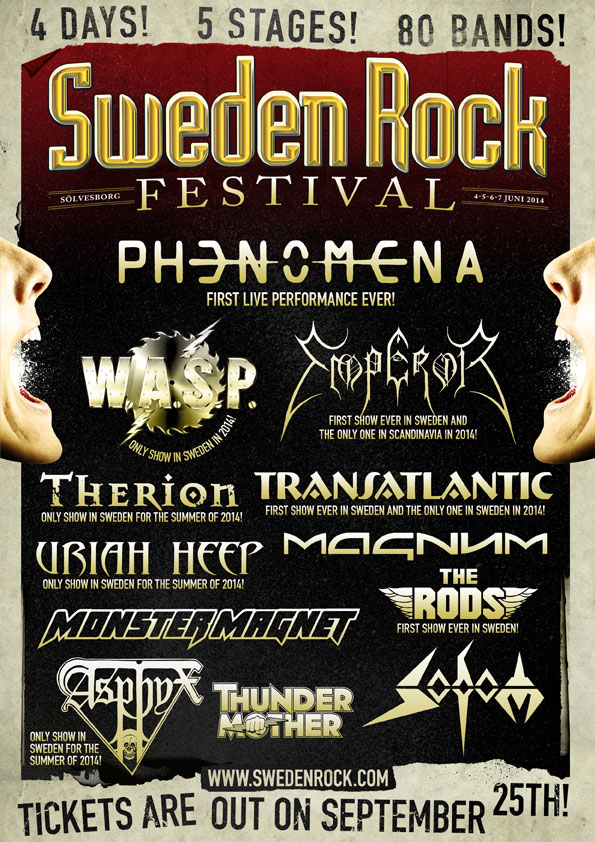 We regret to inform you that there will be no Phenomena concert at Sweden Rock Festival 2014.

Our contract for Phenomena's appearance at Sweden Rock, which was signed by the person who sold us the show, clearly states that a specific line up would be participating. Unfortunately it has come to our knowledge that, contrary to our what we were previously lead to believe, no deals between the Phenomena representative and some of these specific artists were ever finalized, and a couple of these key performers have let us know that they will not be able to participate. We have also been made aware that two different parties are claiming to own the rights to the name Phenomena, and that the person who signed the deal with us may not have had the right to do so. In the light of all this, we have decided to cancel the Phenomena concert.

We deeply regret having to make this decision, but we feel that these musicians are such a vital part of this project that it would not be right to our audience to let the show go on without them.

If a Phenomena live show with a relevant cast, that can be verified independently by all parties involved, is put together in the future, we will naturally do what we can to give our audience the chance to see Phenomena then instead."
PeterGriffin