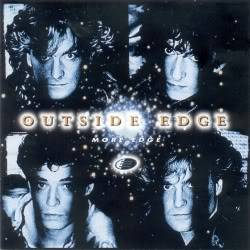 un Pokito mas d Info Aki:
http://www.blackfootsue.com/bfstracks.htm
Es alucinant dd an estao metidos estos Genios: Tom Farmer, David Farmer, Eddie Golga!!!
*Recordar tb q los Ermanos Gemelos David y Tom Farmer, emigraron a Usa y formaron el Grupo Liner en el 79.
Años mas tard a peticion d los Fans volverian a juntarse (con Steve Turner y Gary Farmer) y publicarian: Red On Blue y Talk Radio en el Año 95' (son el mismo disco), como BLACFOOT SUE.
Una Critica:
This is an album that strangely resurrects itself like Kojak after a bad haircut! Why this magnificent opus did not rear it's head at the time of it's inception during 1987 remains one of melodic rock's greatest mysteries. At the time, the band were literally skating on thin ice with their label Virgin/10, as their 1986 album 'Running Hot' received only a modicum of attention. That one was a great album (review pending), but by comparison, 'More Edge' is simply killer.. Technically an unreleased album, because in 1987 the band had material to play with, but the label had already put the kai-bosh on precedings.
A little history then, because the guys in Outside Edge have a prolific one at that. Originally formed from the UK band Blackfoot Sue, they had a big selling single called 'Standing In The Road' and were signed to A&M Records during the early seventies. The Farmer brothers (twins actually) and guitarist Eddie Golga were based in Birmingham, and when that band died a death, they changed horses and labels, to the bandname Liner and a deal with Atlantic Records and an album released in 1979. Not surprisingly their brand of melodic rock/pop wasn't suited to the punk phenomenon going on in UK, so the trio packed their suitcases for France and rebadged themselves as Outside Edge a few years later. Their much sought after debut came out in 1985 on WEA Records. It was only released in Europe. It was followed by the aforementioned 'Running Hot', by then the band had moved back to the UK, signing with the Virgin/10 Group, who had the American bands Warrior, Manowar and guitar god Gary Moore on their books at the time. The scene was set with 'Running Hot', their style honing in on razor sharp guitar riffs and juicy keyboards. The whole affair reminds me of Ya Yaor Fastway, and those keyboards.. my god, some of Pete Giles stuff is unbelievable.. the title track 'Running Hot' is a case in the point, some of those layers are coming in from outer space!
Anyway, 'More Edge' is a refinement on 'Running Hot', and for 8 tracks and 39 minutes listening time, it's a better investment than watching sitcom re-runs on TV. Checking in first with 'Shooting Straight From The Heart', it's a slow tempo burner with a wonderful chorus and a primo guitar solo. They veer down the road made popular by The Outfield on track 2 'Not Made Of Glass'.. a pop/radio oriented track. AOR comes home to roost with 'Guilty', lovely stuff.. warm, fluffy, and 'just right'. One of my fave tracks is 'Flesh And Blood', keyboard runs all over the place with Golga's dynamic guitars adding the spice. 'Frozen Rain' continues the expedition down the corridors of melodic rock, this time stopping into a room frequented by FM (UK).. lightweight and harmonious all rolled into one. 'Heaven Tonight' is another highlight, melding The Outfieldand Fastway into a melodic blender to come up with a musical smoothie. All good stuff, and I suppose when you make a comparison in current terms, the only guy who is playing close to the Outside Edge style would be Escape Music's Steve Newman.
In later years, the Farmer brothers were involved with another band called Cry Wolf (not the US band) and also helped out on projects such as Electric Light Orchestra Mk II, The Sweet, Manfred Mann, Mungo Jerry and Gary Moore. A busy lot indeed. But for collectors, 'More Edge' is right up there as an essential purchase. Good on ya Virgin Records for finally recognising a classic album. Why the hell didn't you do it at the time huh? 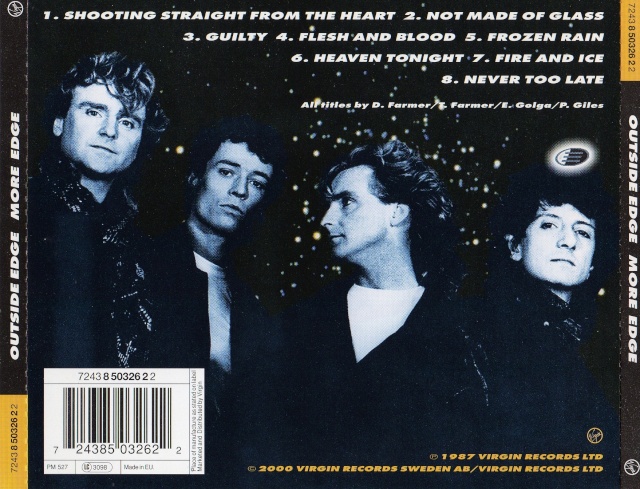 Welcome To the Jungel of ROCK, ALTAMAGA!!!
Robert